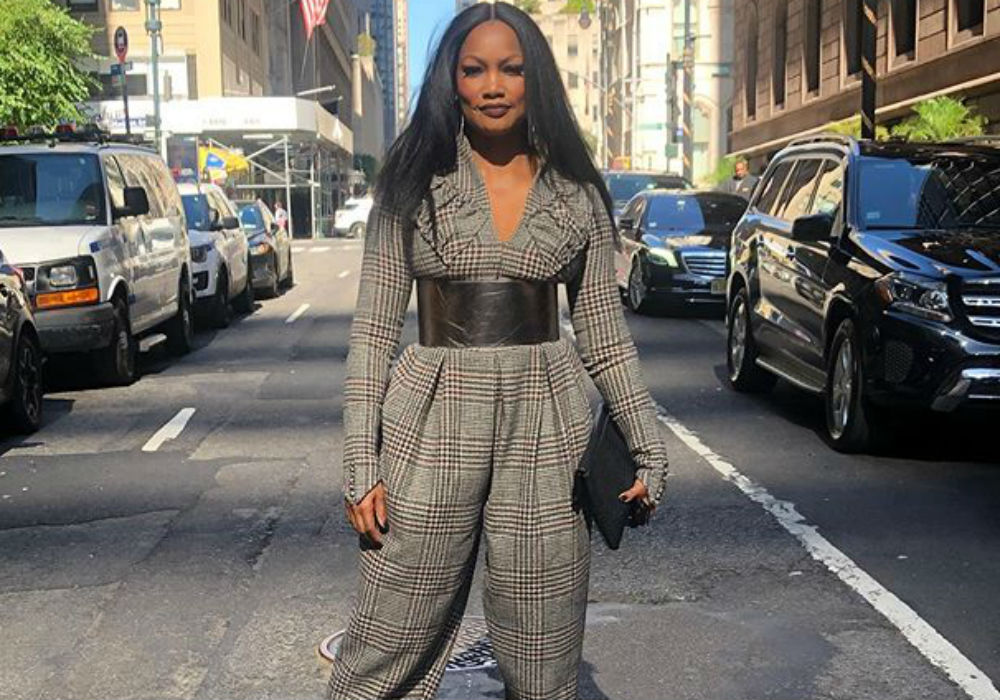 The ladies of the Real Housewives of Beverly Hills have started filming their first season without Lisa Vanderpump after the OG quit the show during the summer and skipped out on the Season 9 reunion. The RHOBH cast is in New York City for fashion week, and newbie Garcelle Beauvais was on hand to shoot her first scenes.

Along with Beauvais, veterans Kyle Richards, Denise Richards, Erika Jayne, Teddi Mellencamp, Dorit Kemsley, and Lisa Rinna were shooting in the Big Apple for Kyle’s fashion show. Beauvais was in the front row, and the rest of Kyle’s co-stars walked the runway to help show off her new line Kyle & Shahida, co-designed by Shahida Clayton.

Beauvais joined the cast in late August, along with Rinna’s good friend Sutton Stracke, and she says that she is excited to be the first African-American housewife on RHOBH.

“I am honored and humbled by this awesome opportunity to exemplify the fact that Black Girl Magic lives and thrives in every zip code!” Beauvais said in a statement.

In an RHOBH world post-Vanderpump, former cast member and friend of the show Camille Grammer now claims that it is “Kyle’s show,” and it has been since day one. Grammer says that Kyle is the reason Bravo didn’t invite her back for Season 10. And, when Real Housewives of Orange County star Tamra Judge called her out, saying no cast member has that kind of power and “it doesn’t work like that,” Grammer doubled down.

“You know better. It’s was kyles show from the very Beginning,” Grammer wrote on Instagram. “She had a development deal with Evolution for a show with Kim and Kathy [Hilton]. Kathy backed out and there was some Controversy over development. So they decided to make it the real housewives of Beverly Hills. She brought LVP and she asked me to take a meeting with Evolution. Andy [Cohen] was not interested at first.”

Grammer says she received an offer to film a reconciliation scene with Kyle, but she refused. And, she says that Kyle received a much larger salary during season one compared to the rest of the cast. Grammer claims Kyle made $134K during her first season, while everyone else earned around $36K.

True. The ladies at the reunion lack compassion. LVP is a class act. She called me last night to see how I was doing. Class vs trash https://t.co/mhjSNEkYZm

Camille Grammer also claims that Kyle Richards is the reason that Teddi Mellencamp is still part of the cast. Even without Lisa Vanderpump, Garcelle Beauvais is definitely walking into some serious drama!

Season 10 of the Real Housewives of Beverly Hills will premiere on Bravo in early 2020.