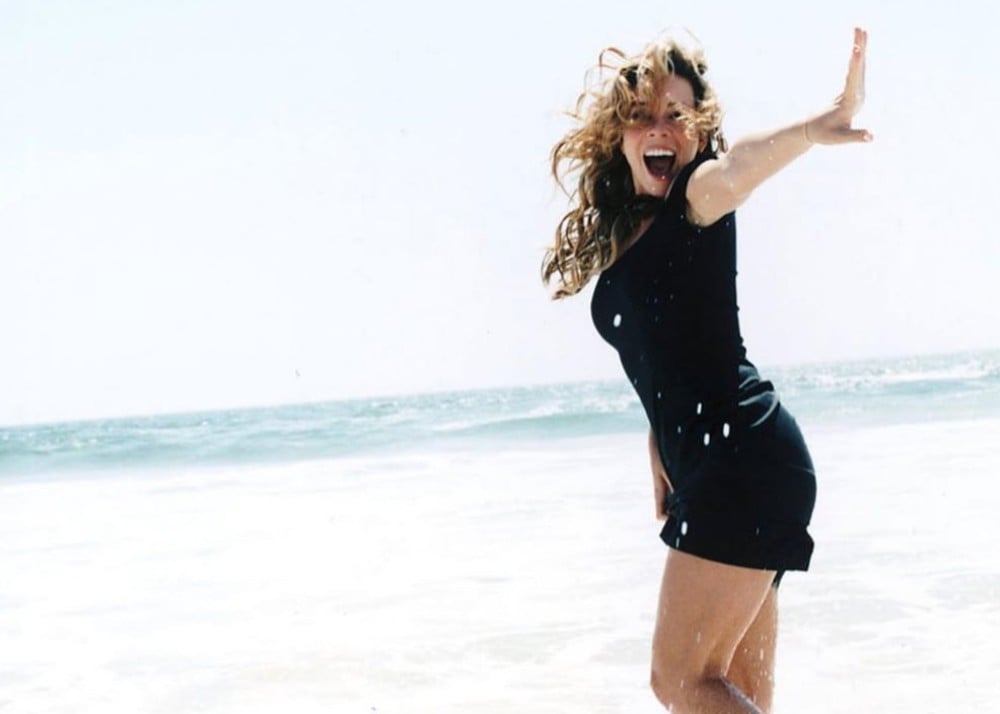 A new photo of Mariah Carey that the singer shared with her 8.4 million Instagram followers is going viral as she shows off her gorgeous figure in a bikini. Fans are now speculating on what Mariah did to get in such great shape. Mariah appeared in the picture that was taken from her recent vacation in Curacao in apparent great spirits. She was beaming with confidence and smiling while wearing a long, floral cover-up. Now fans are in shock to see Mariah reversing the hands of time and sharing the new bikini pictures. Mariah captioned the pic with the following.

“From summer to fall, we migrate. #bye”

Though Mariah may be ready for fall, she’s certainly embracing her beach body. The viral photo is full of comments from Mariah’s fans who are praising her hard work and her gorgeous figure.

While there are many crediting diet and exercise, there are plenty more who are asking Mariah what type of plastic surgery procedures she underwent to get her new bikini body.

You may see Mariah Carey’s viral bikini photo below.

From the summer to the fall, we migrate #bye

At 49-years-old and the mother of twins, there are many who are saying that Mariah had some help getting her gorgeous figure. According to reports by the Daily Mail, Lianna Shakhnazaryan, Mariah’s ex-assistant has made a formal complaint based on the allegations that Mariah used Lianna’s credit cards and name to obtain plastic surgery procedures under her identity. According to the report, an anonymous source stated that Mariah may have spent as much as 40,000 on procedures.

A Page Six report also confirmed that Mariah has gastric bypass back in 2017, as she began putting on too much weight.

Page Six reported the following from 2017.

“Mariah has always been proud of her curves, but this summer, as her Caesars Palace residency came to a close, and then she went on tour with Lionel Richie, she noticed it became harder to dance, and she was getting a lot more criticism online from body shamers.”

That may have been true then, but no one is body shaming Mariah now! Here figure is flawless and she looks 20 years younger than she did. What do you think of Mariah’s new curves?