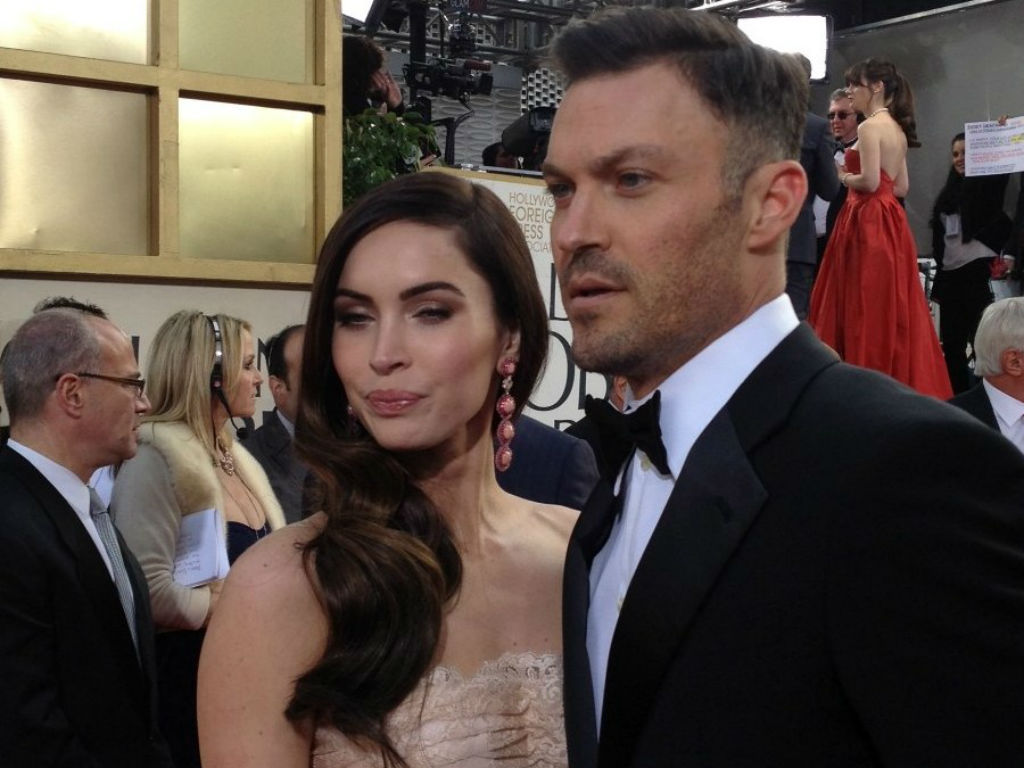 Brian Austin Green is sharing how his marriage to Megan Fox inspired his character on BH90210.

The actor got candid in an interview with AOL Build about his relationship with his famous wife. Green first explained how he is a guy that has pretty much has always been in a long-term relationship.

Never had a doll the first time. Not sure how I feel about this one :)))

Fans saw on the premiere of BH90210 that his character is married to a famous singer. Brian, on the show, has put acting on the back burner as his wife’s career blew up. He is a stay at home dad to three little girls.

In real life, Fox is a famous actress, and the couple has three little boys. Green is also father to teenage son Kassius Marcil-Green from his relationship with Marcil.

The actor was asked how much of his onscreen marriage mirrors his real-life marriage to Fox.

The BH90210 star explained all of the actors and actresses on the show sat down with writers to determine how much of their real-life would be drive storylines in the show.

“Some of the stories came from our real lives. I hope viewers aren’t asking Is that from Brian and Megan’s real marriage?” he shared.

Brian Austin Green and his wife Megan Fox have tried to live a relatively private life. They have endured a lot of scrutiny due to their age difference and the fact she was only 18-years-old when they first began dating.

The actor is thrilled to be reunited with his Beverly Hills 90210 costars and friends. However, he did admit he would not have joined the show if BH90210 had been a traditional reboot.

“I played David Silver for ten years, and that was enough for me, and they told me this idea, and I liked the fact that I could go back and play David sort of. But I could also play this new character that I created and got to have fun with,” Green revealed.