Which brings us to the on-going differences of opinion on the greatest American band. Consensus here, as in so many things surrounding life in these United States, can be difficult to achieve. Maybe impossible. So, we set some ground rules: No individual artists like Bruce Springsteen, who doesn’t credit the E Street Band on any of his studio releases, or blended groups like Fleetwood Mac or the Band. We also expanded the conversation to include thoughts on influential bands (since sometimes those are very different ideas), then added a wish-list of which group from elsewhere we’d most like to poach.

What are the five best American bands? 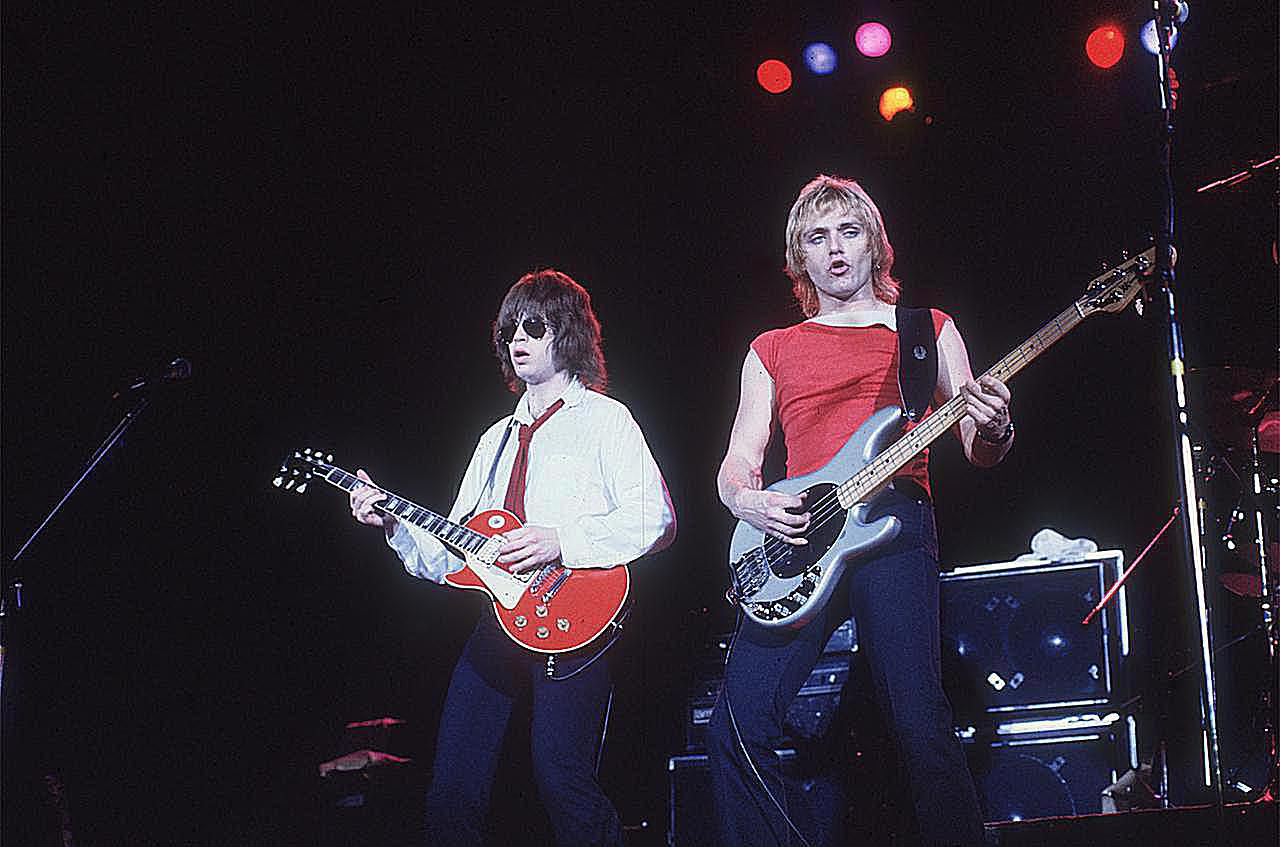 MATTHEW WILKENING
Van Halen were the first American band to fully and undeniably take the lead in terms of deciding where rock music was heading.

The Beach Boys may have played Joe Frazier to the Beatles’ Ali, but the ensuing competition pushed music as a whole to new heights.

Aerosmith did very impressive work in territory carved out by the Rolling Stones and others, and then adapted to the ‘80s and ‘90s much more successfully than their predecessors.

Parliament-Funkadelic fused James Brown with Jimi Hendrix and turned out to be an important pillar of hip-hop as well.

Tom Petty and the Heartbreakers get the nod over Creedence Clearwater Revival largely because of longevity, and we’ll be singing both of their songs for as long as our civilization survives – which who knows, could be weeks or months.

MARTIN KIELTY
For my Scottish purposes, I’m going to define “best U.S. band” as “band exhibiting characteristics that best appear to define ‘American’ from an outsider’s view,” combined with “a level of achievement that includes mainstream popularity.” Then I’m going to filter it by “bands I like.”

MICHAEL GALLUCCI
The Beach Boys: Look beyond the surfing songs you probably think this group is all about and you’ll discover one of the most adventurous and exciting American bands of the ’60s. They recorded so much cultural-shifting music during the decade that even the Beatles copied them. Plus, Pet Sounds is the most immaculate record ever made.

R.E.M.: They pretty much spearheaded the American indie-rock movement throughout the ’80s. That gave birth to college rock and then modern rock and alt-rock and whatever it’s called these days. Like only a handful of bands before them, R.E.M. almost single-handedly shaped the course of an entire genre of music.

The Velvet Underground: Nobody else sounded like them in the mid ’60s. Hell, not too many bands sound like them today. They were abrasive, artsy, groundbreaking, scary and way cooler than most of the bands that were selling rings around them back in the day. Their debut album, The Velvet Underground & Nico, is ground zero for at least a half-dozen genres, and it rocks harder than you think.

Nirvana: Rock music was in a sad, sad state when Nirvana’s 1991 album Nevermind changed the course of music history. They came around at just the right time, saving us from the hairspray-rock and gutless pop that dominated airwaves at the top of the ’90s. Within a couple of years of Nevermind’s release, every major record label had signed a band that sounded like Nirvana.

Talking Heads: They came out during punk’s first wave, but they were artsier and more flexible than all of those other bands they were lumped in with. Soon after the ’80s started, they were experimenting with New Wave and post-punk sounds, African rhythms, pre-hip-hop loops and contemporary funk, reinventing themselves along the way. For a short, brilliant time, they were one of the best bands on the planet.

DAVE LIFTON
Tom Petty & the Heartbreakers had the perfect blend of influences, talent, longevity and – most of all – songs. Regardless of where your tastes otherwise lie, you can probably name five Petty songs that you love.

The Allman Brothers Band encompassed the entire range of American music; they could do sweet country-folk like “Melissa” or go off on a searing bebop-inspired jam to equal effect. If the songwriting had been more consistent, they’d far-and-away top the list.

Since shedding the alt-country tag, Wilco have continually challenged themselves without losing sight of good songwriting.

The Replacements and Big Star are the best shoulda-been-huge bands.

NICK DERISO
The Beach Boys: Better than you’ve been told – even the stuff immediately after Pet Sounds, and even the stuff by Wilsons not named Brian.

The Allman Brothers Band: They would have been great if they’d only boasted one of soul music’s very best voices. Or one of rock’s very best guitarists. But they had both.

The Ramones: In a way, I love that they never really made the big time. That meant they always felt personal.

Creedence Clearwater Revival: Back in my Louisiana youth, you never could have convinced me that this wasn’t some local band. You almost still can’t.

ROB SMITH
R.E.M.: I’m fond of saying that R.E.M. were my Beatles. The Beatles were my Beatles, too, but I was fortunate enough to grow up at a time when every year brought a new R.E.M. record, and every R.E.M. record was beguiling and unceasingly cool. I grew up with those sounds in my head, from the day I bought Murmur at 15 to the day they announced their breakup, when I was 41.

War: Just a meaty stew of American sounds — funk, soul, jazz, and stuff you can’t quite put your finger on. They were never not cool.

The Beach Boys: The quintessential vocal harmony group of the early ‘60s went from pining over girls and racing their hopped-up street machines, to more adult concerns and a deeper concern over record making in the ‘70s. Pet Sounds might be my favorite album of all time (though tomorrow I might tell you it’s Astral Weeks, or What’s Going Onor Songs in the Key of Life)

The Grateful Dead: I cannot explain why I love them so much. There are times, though — and I’m talking, like, weeks or a month at a shot — when my head and heart are only soothed by listening to their music. Always live stuff; bum notes, 30-minute jams and all.

Cheap Trick: Because sometimes, you just need to rock out, and Cheap Trick have never not rocked out, 40-some years on. And they continue to make really good, really vital new music, which is why I chose them over Van Halen to represent the rocking-out contingent. And Robin Zander sings better than just about any other amphitheater-haunting vocalist on the planet.